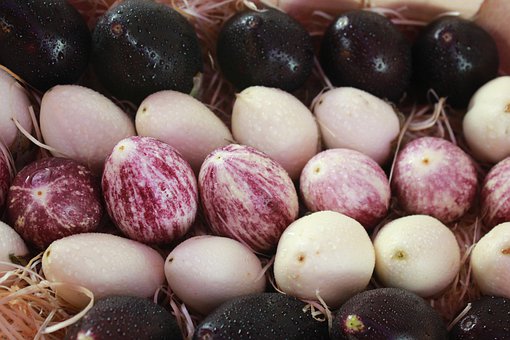 Eggplant contains chlorogenic acid, has antiviral and antibacterial properties, and helps lower harmful cholesterol (LDL). Anthocyanins, the pigments that give eggplant its color, also function as antioxidant and antiinflammatory compounds.

This week’s recipe for caponata is a real Sicilian treat that can be served as an appetizer or side dish. It was sent to CCSA as part of a series of emails from our resident chef, Dr. Linda Doody. She has been sharing her extensive collection of favorite recipes with friends, family, and the CCSA team as a means of maintaining connections during the COVID-19 pandemic.

This is the classic tomato-based version of sweet and sour eggplant stew as served in Sicily. It is a cousin to French ratatouille. This recipe comes from an article entitled From San Francisco that was about Loni Kuhn’s cooking school, Cook’s Tour. Although she taught many of the world's cuisines, she specialized in Italian cooking, with an emphasis on the hearty, rustic cuisine of Sicily.

In addition to the serving suggestions above, caponata also pairs well as a side dish with fish such as swordfish, mahi mahi, or tuna. It also makes a good filling for omelets and quiches.