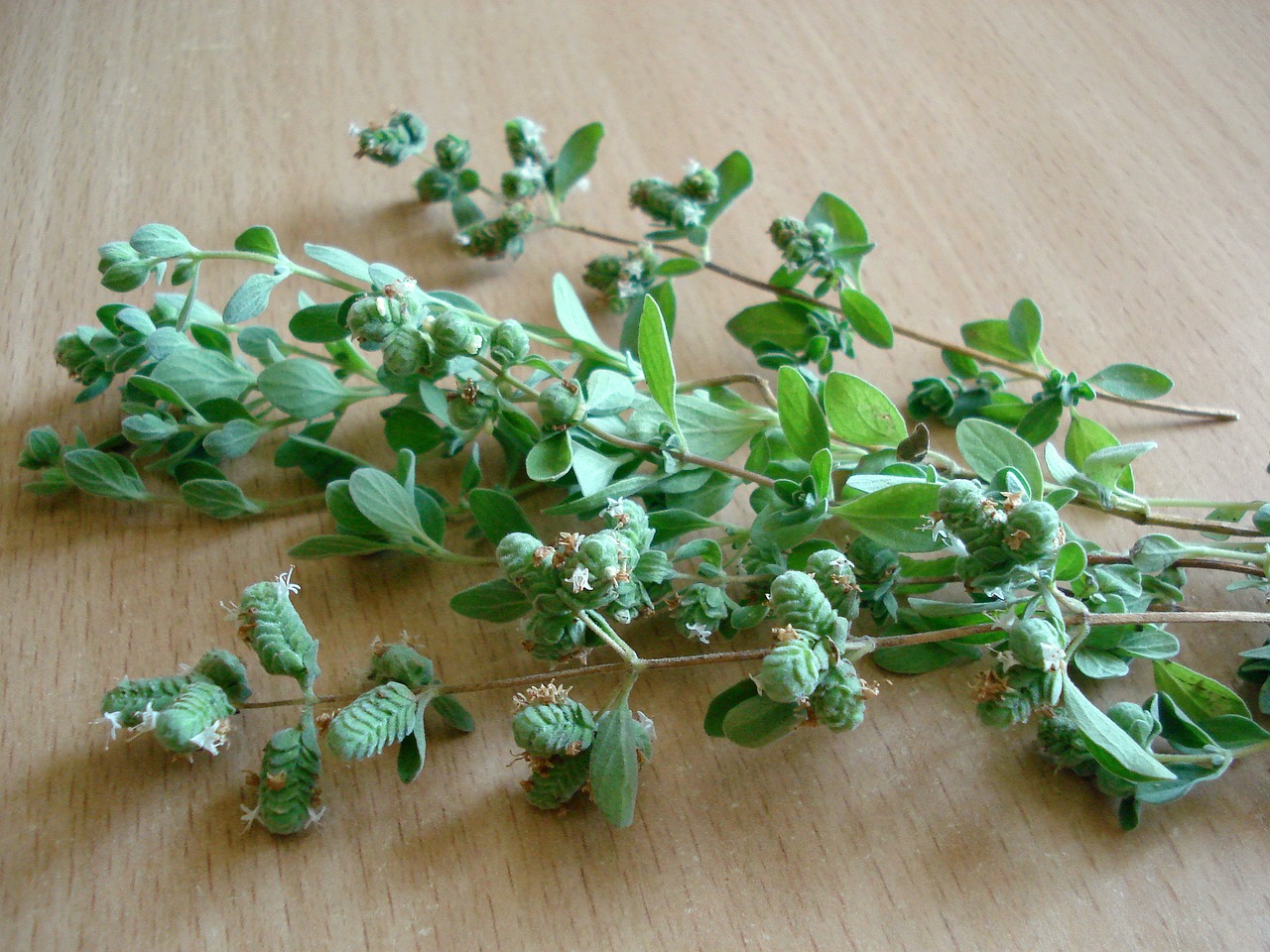 Spotlight on Oregano: Swordfish Kebabs with Bay Leaf and Olive and Caper Tapenade

Oregano is the spice of life
Henry Tillman

Oregano originated in Europe and was first cultivated by the ancient Greeks. The name, “oregano” comes from the Greek “oros,” meaning “mountain,” and “ganos,” meaning “joy.” The ancient Greeks considered it a gift from Aphrodite. In addition to its culinary uses, oregano was commonly used to treat various maladies from toothaches to rheumatism. In China, it was used to ease gastrointestinal upset and fever.

In modern times, oregano is most commonly used in Italian and Greek cuisines, adding a sweet sharpness to tomato sauces and meats. The herb is also being studied for its antiinflammatory, antibacterial, and antioxidant properties.

Oregano is an excellent source of antioxidants including carvacrol, thymol, and rosmarinic acid. It has been shown in vitro to be effective against various bacteria including Escherichia coli and Pseudomonas aeruginosa. Carvarcrol and thymol have been found to protect against some viruses in vitro, including norovirus and herpes simplex, and carvacrol has been shown in animal studies to be effective in reducing inflammation.

The anticancer potential of oregano essential oil has shown promise in multiple in vitro and a few animal studies.

A 2015 study of the effects of carvacrol on 2 human colon cancer cell lines found that the it inhibited proliferation and migration of the cancer cells in a concentration-dependent manner.

In 2012, a Chinese study found that carvacrol induced apoptosis in HepG2 cells, and in another study of its effect on N-nitrosodiethylamine-induced liver injury in rats carvacrol was shown to protect against oxidative stress and therefore protect against the kind of liver damage that can result in cirrhosis, hepatitis, and cancer.

Carvacrol has been found to suppress prostate cancer cell proliferation, migration, and invasion in vitro.

While the bulk of the current research is preliminary (animal- and cell-based), the results suggest that oregano in general and its component, carvacrol in particular, are worthy subjects of further study.

Dried oregano is readily available in supermarkets and grocery stores. Generally, you will find 2 options, Greek (Origanum vulgare), which is a member of the mint family and the subject of this article, and Mexican (Lippia graveolens), which, while also delicious, is not “true” oregano, but rather a member of the verbena family. Fresh oregano is also easy to come by in supermarkets or at the farmers market, and it is exceptionally hardy and easy to grow. Dried oregano should be stored in glass, ceramic, or plastic containers and kept in a cool, dark place. Kept this way, it will retain its flavor for up to 6 months. Fresh oregano, once harvested, will keep in the refrigerator in a plastic bag for up to a week.

Unless you are allergic to plants in the Lamiaceae family, oregano is safe to use as a seasoning though in larger (“medicinal”) amounts it can cause stomach upset and may not be safe to use during pregnancy and breastfeeding or for people with bleeding disorders or diabetes.

During the month of September, we have put our spotlight on oregano, exploring its place in the substantial recipe catalog of CCSA’s resident chef, Dr. Linda Doody. We have devoured delicious Greek Lemon Herbed Potatoes, EZ-style Pork Ribs, and Chimichurri Sauce. We’ll close out this month with a stunning Swordfish Kebab recipe from The Olive and the Caper, by Susanna Hoffman (2004).

One cannot think well, love well, sleep well, if one has not dined well
Virginia Woolf

In the past, I did not like swordfish at all since it always seemed dry and overcooked. To avoid this, check the internal temperature with an instant read thermometer; the target is 125°F.

The tapenade can also be served as an hors d’oeuvre on crostini (sliced and toasted baguette).