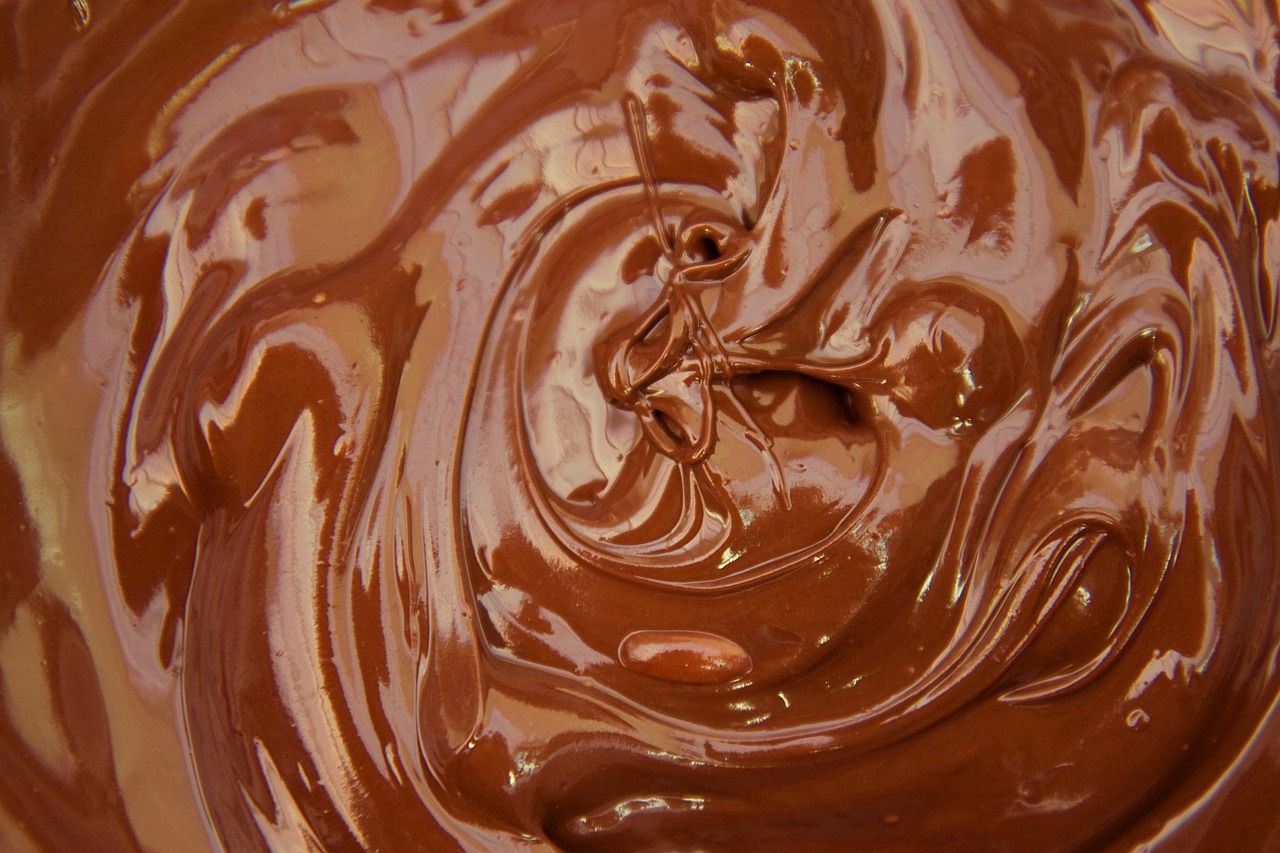 “All you need is love. But a little chocolate now and then doesn’t hurt.”
― Charles M. Schulz

Chocolate is made from the roasted seeds of the Theobroma Cacao tree. Theobroma means “food of the gods,” and throughout its long history, chocolate has been believed to have magical properties. The Aztec emperor, Montezuma II, reportedly drank 50 cups of chocolate every day. The word, chocolate, descends from the Mayan xocoatl. The ancient Mayans and Aztecs drank their chocolate sweetened with honey and heavily spiced, and sacrificial victims were given gourds of chocolate mixed with the blood of previous victims to help them face their fate. Chocolate was so prized in the early Americas that cacao beans were often used as currency.

Spanish explorers brought chocolate to Europe in 1528, and its popularity grew among the European elite. By the 1650s, chocolate had reached England, where chocolate houses became popular places where men could meet and discuss the news of the day. These were the predecessors of the coffee houses that later nurtured the Enlightenment. It was in these chocolate houses where milk was first introduced to the drink.

In the early 1800s, powdered cocoa was developed, and a few decades later, solid chocolate bars were invented by introducing cocoa butter back into the powdered version. By the 1860s, Cadbury and Nestle were mass marketing chocolate candies, and the world has never been the same since.

Chocolate was so highly prized during the American Revolutionary War that it was sometimes offered in lieu of soldiers’ wages.

Chocolate is a divine, celestial drink, the sweat of the stars, the vital seed, divine nectar, the drink of the gods, panacea and universal medicine.
– Geronimo Piperni, quoted by Antonio Lavedán, surgeon in the Spanish army, 1796

At 50 mg/g, cacao contains more antioxidant flavonoids and polyphenols than most foods, making consumption of dark (cacao-heavy) chocolate a healthy choice, so long as you are mindful of the amount of sugar you consume along with it. Antioxidants help to prevent oxidative stress, which contributes to a variety of ailments, including heart disease, diabetes, Parkinson’s disease, Alzheimer’s disease, and cancer (which we will cover below). Chocolate may also improve cognition, in fact, there is a statistical correlation between chocolate consumption and Nobel Laureates.

For centuries, chocolate has been considered an aphrodisiac, and while there is little research to back that claim, dark chocolate does have a positive effect on arterial function, so we can be pretty sure it will get (or at least keep) your blood flowing.

Hershey’s Kisses get their name from the sound the machine makes as it smooches out each piece.

The cancer-preventive properties of chocolate are just beginning to be recognized. There are currently few clinical studies to back up positive findings in the lab, though dark chocolate’s high proportion of antiinflammatory and antioxidant components certainly suggests that such a correlation may exist. Oxidative stress and chronic inflammation are both risk factors for cancer and are mediated by chocolate’s many bioactive compounds. On the other hand, a number of studies have shown no relationship between cacao consumption and cancer prevention, and some have shown a negative effect. While cacao’s phytochemical components have been shown in the lab to exhibit anticancer properties, the fact that modern chocolate consumption is often accompanied by a great deal of sugar and fat has complicated its relationship to cancer.

Cacao contains a significant amount of resveratrol, a compound also found in red wine, that has been shown to have anticancer properties.

In 2005, researchers at Georgetown University found that pentameric procyanidin, a compound found in cacao, deactivates a variety of proteins known to promote cancer cell proliferation.

There is some evidence that cacao consumption may help prevent colon cancer, a sampling of which is outlined below.

An observational study of the Kuna people of Panama, who drink a cacao-based beverage as their main liquid intake, which provides them with more than 900 mg/day of flavonoid-rich cacao, found that the Kuna enjoy substantially reduced frequency of hypertension, heart disease, stroke, diabetes, and cancer, particularly colon cancer, compared with the rest of the Panamanian population. Another prominent study, the Iowa Women’s Study, found an inverse relationship between consumption of the catechins found in cacao and incidence of colorectal cancer in post-menopausal women.

On the Other Hand

Palm oil, which is used in the manufacture of many commercial chocolate products, stimulates a protein called CD36, which has been found to promote metastasis in vivo and in vitro, while blocking CD36 with antibodies prevented metastasis in mice. The researchers are now working on therapies that target the protein.

In general, obesity is linked to increased risk of many cancer types and the sugar and fat content of many chocolate products increases the risk of obesity.

As stated above, a complicating factor when promoting chocolate for human health is the fact that the modern Western palate is accustomed to high-fat, high sugar content chocolate products like candy bars, chocolate milk, and chocolate pastries, and there is little healthful about that, but you can get a healthy dose of chocolate in many delicious, savory, and often unexpected ways.

Dark chocolate is the highest in the vital polyphenols that give cacao its healthful properties, and unsweetened dark chocolate powder, unsweetened Baker’s chocolate (named for Dr. James Baker and not for its use), unsweetened cacao powder, and cacao nibs (available in some supermarkets and many specialty shops), are a few ways to get your chocolate fix without the added sugar and fat, or at least to minimize the addition of such.

Dark and unsweetened chocolate add depth and complexity to savory recipes such as eggplant caponata, vegan mole cakes with blackberry mint salsa, and smoky butternut squash and cacao soup, and cacao nibs can lend interesting texture and a bitter, chocolaty bite to everything from salad to squid. You can make like the Maya and drink your chocolate spiked with spices, make yourself a mole, or go Italian with dark chocolate marinara sauce (recipe below) or chocolate pasta. Chocolate is a not-so-secret secret ingredient in many a cook-off winning chili recipe, and has even been brewed into beer.

Chocolate is safe for most people when consumed in moderation, with its most likely side effect being weight gain. It does contain caffeine, so consuming large quantities is discouraged in pregnant and nursing women and people who suffer from anxiety disorders or heart disease.

Chocolate is toxic to dogs, so don’t go sharing your mole with Fido.

Chocolate contains a protein that is similar to gluten, so people with celiac disease or gluten sensitivity may want to proceed with caution.

People who are allergic to cocoa should avoid consuming chocolate.

Adapted from Gimme Some Oven