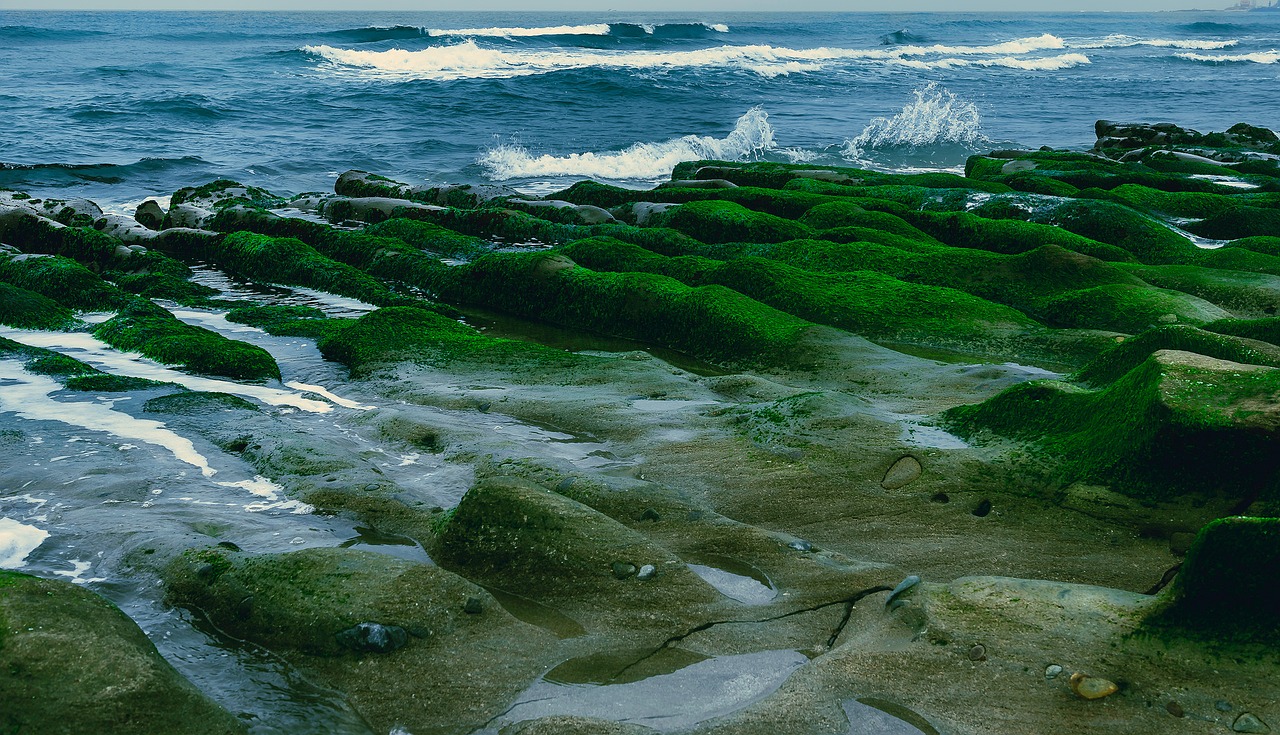 With summer at full simmer in the Western Hemisphere, those who are lucky enough to be near the ocean surely hear the water’s call. A trip to the beach can yield a lot of things, a little R&R, a sunburn, shoes full of sand, and believe it or not, a delicious and highly nutritious snack.

While seaweed consumption is still a novel concept in the US, it has long been a staple in the cuisines of many countries, from the British Isles to Norway, the Caribbean, and many Asian countries. Seaweed also has a long history in traditional medicine. It is mentioned in the Ebers P

apyrus as a remedy for tumors, and it is still used in traditional Chinese medicine to treat cancer, help stimulate cervical dilation in labor, and as a goiter medication and thyroid tonic, among other uses.

Seaweed (which is actually marine algae) is high in iodine, calcium, carotenes (provitamin A), vitamin A, vitamin C, and vitamin B12, which is not found in land plants, vitamin D, vitamin E, and vitamin K, as well as magnesium, potassium, copper, and iron. Polysaccharides known as fucoidans, which are abundant in seaweed, have shown antiviral activity, and have been found to induce cell death in human cancer cells (see below).

In addition to their high vitamin and mineral content, seaweeds appear to have strong antiinflammatory and, as mentioned above, antiviral activity, a sampling of studies of which are presented below.

A 2010, combined phase 1 and 2 study looked at the efficacy and safety of a formulation containing extracts from three different species of seaweed (Maritech®) on osteoarthritis of the knee. The researchers concluded that the preparation was safe at the doses tested, and effective in decreasing the symptoms of osteoarthritis in a dose-dependent manner.

The antiviral effects of extracts of various seaweeds have been recognized for decades, and have shown promise, at least in vitro, against herpes and HIV, among others.

A number of studies have looked at various seaweeds and their components, and their efficacy in the fight against cancer, and the research seems to be zeroing in on two compounds. Fucoidan has shown significant anticancer potential, and laminarin, has shown anticancer activity in mice and humans.

Post-menopausal women have been observed to experience a lower rate of breast cancer in Japan than in the US, and daily consumption of seaweed may be one reason why.

In 2012, researchers set out to test this hypothesis in a 3-month, single-blinded, placebo-controlled study. Fifteen healthy post-menopausal women (five with no history of breast cancer, the other 10 survivors) took 10 capsules/day of placebo for 4 weeks, seaweed (in this case wakame) for 4 weeks, and placebo for another 4 weeks. Samples of blood and urine were collected after each 4-week cycle, and analyzed for concentrations of urinary human urokinase-type plasminogen activator receptor (uPAR), a biomarker of breast and other cancers, and protein expression. The researchers found that uPAR decreased by about half during the seaweed cycle of the study.

A review published in Marine Drugs in 2014 looked at the anti-cancer effects of various seaweeds on cancer in general and on breast and colon cancers specifically, and the investigators concluded that fucoidan and laminarin show great promise in the battle against these types of cancers.

An in vitro study found that fucoidan induces apoptosis in human colon cancer cells, and another study showed it inhibits proliferation in melanoma cells, and fucoidan was also found to decrease the number of lung cancer and melanoma cells in vitro, and to enhance natural killer cell activity in mice.

There are thousands of species of seaweed (algae), and most of the marine species are edible, though some can make you nauseous, function as a laxative, or, in the case of the genus Lyngbya, have the potential to be fatal if ingested. Most freshwater algae are toxic. While it is possible to collect your own seaweed along the shore or from a kayak, make sure you do your research, as many marine preserves restrict collection of any items naturally occurring there, and, as noted above, some species can make you ill, or worse. If you are interested in learning to collect your own, take a local foraging class before you set out to do so.

For the less adventurous, seaweed can be found in the Asian food section of most grocery stores, though Asian and international markets are likely to have a wider selection. It is most often sold dried, but quickly reconstitutes in water or sake. Seaweed flavors vary by species, with some being sweeter and some packing more of an umami punch. Dulse, for instance, is touted as the “bacon of the sea” due to the smoky flavor it takes on when fried in a little butter. Probably the most familiar seaweed is nori, which is the papery wrapping around sushi, and can often be found sold as a snack in grocery stores. Arame is a kind of kelp used in Japanese, Chinese, Korean, Peruvian, and Indonesian cuisine, and imparts a sweet, mild flavor when soaked and sautéed. Irish moss is a source of the common thickener, carrageenan, and it is boiled into a gel in Caribbean, Irish, and Scottish cooking, which is then flavored with vanilla or cinnamon and rum or milk. With seaweed, it pays to experiment. Try out what you can find at your local grocery store or international market.

Dried seaweed will keep for months if stored in a dry, cool place. Fresh seaweed should be cooked or dried as soon as possible, though it can keep in the refrigerator for a few days.

Look for certified organic seaweed, preferably not from waters off of Japan due to the possibility of contamination from the Fukushima nuclear reactor disaster of 2011. Talk to your doctor before consuming kelp or bladderwrack if you have a thyroid condition, due to their high iodine content. Avoid seaweed products if you are sensitive to iodine or are allergic to seafood. Consult your healthcare provider if pregnant or nursing, or if you have a serious medical condition or are taking prescription medications.

Note: Different types of seaweed impart sometimes not-so-subtly-different flavors, as will the fluid you use to reconstitute the algae. Experiment; have fun finding the flavor combinations you like best.

…We have lingered in the chambers of the sea

By sea-girls wreathed with seaweed red and brown…