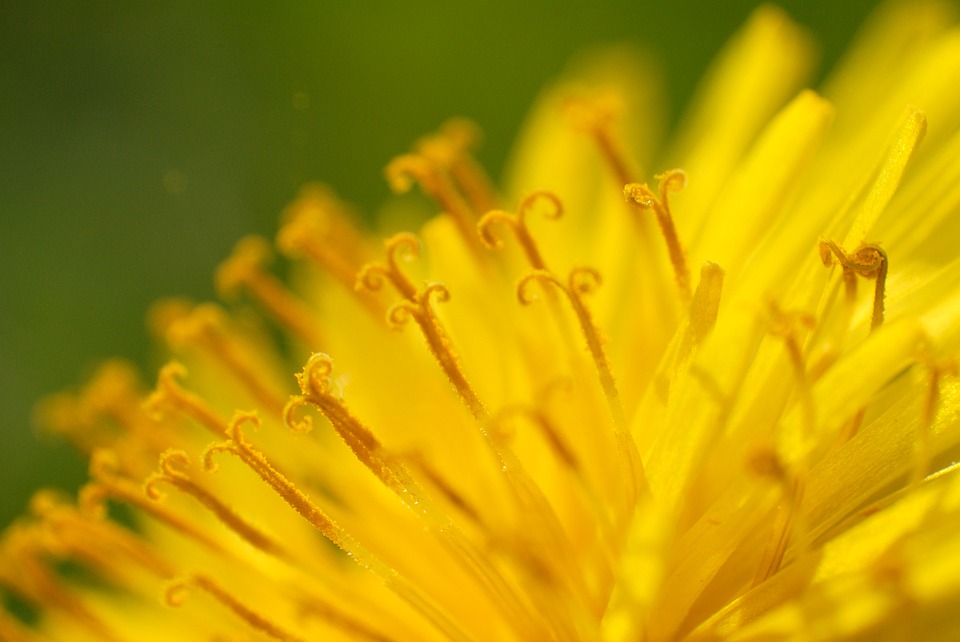 And what is a weed? A plant whose virtues have not yet been discovered – Ralph Waldo Emerson

Spring has sprung in the Western Hemisphere, bringing with it wildflowers and new leaves on the trees. In turn, we humans turn fresh attention to our gardens and lawns and the weeds that plague them. Spring doesn’t know the difference between a wildflower and a weed, and both bloom in profusion as the weather warms, enchanting hikers and vexing gardeners in equal measure. Some weeds, however, deserve our appreciation and even a place in our soup tureens, teacups, and maybe our medicine chests.

Take, for example, the humble dandelion (Taraxacum officinale and its Japanese variant Taraxicum Japonicum), whose ubiquitous blossoms and jagged leaves are a bane to lawns and the humans that mow them. These vitamin-packed volunteers have long been used in traditional medicines to treat everything from UTIs, to liver disorders, to cancer, and science is beginning to confirm their value.

The consumable parts of the dandelion plant consist of the leaves (greens), the root, and the flower itself, and each of these components offers substantial health benefits.

A Brazilian study found that a floral tincture including T. officinale helped to reduce nighttime bruxism, or tooth grinding. The flowers are high in antioxidants, and can be brewed into tea, distilled into a wine of which Ray Bradbury famously said, change the season in your veins by raising glass to lip and tilting summer in, or battered and fried. The bright yellow blossoms are thought to have diuretic and antiinflammatory properties, and have been used for that purpose in traditional medicine, though there has not been much research on the subject.

One cup of dandelion greens is packed with vitamins, minerals, and antioxidants, including 112% of the recommended daily value of vitamin A and 535% of vitamin K, and they are thought to help boost immunity and calm inflammation by suppressing COX-2, nitric oxide, and cytokines. Dandelion greens have been shown to have diuretic properties, which can be helpful in reducing the symptoms of some liver, gallbladder, and kidney conditions. Dandelion juice, made from the greens, is being studied in a clinical trial as a possible treatment for dyshidrotic hand eczema.

In addition to being chock-full of vitamins and minerals, dandelion root also contains triterpenes, sesquiterpenes, lupeol, taraxasterol, and steroids. It is usually roasted and brewed like tea or coffee but can also be purchased in capsule form. Dandelion root is a natural liver tonic, and has been shown to protect against hepatotoxicity and fibrotic liver damage in mice. The roots are also being looked at as a source of sustainable rubber!

The cancer-preventive properties of dandelions have been tested in vitro in a variety of cancer types, and a clinical trial is underway in Canada to prove the efficacy of dandelion root extract (DRE) in blood-related cancers. Dandelion has also shown promise as an antiinflammatory agent, in preliminary studies.

Leukemia and Other Blood-related Cancers

Dandelion has shown efficacy in myelomonocytic leukemia and other refractory hematological malignancies. A phase I clinical trial is underway at the University of Windsor in Canada, studying DRE in subjects with refractory blood-related cancers like leukemia.

Dandelion root has been shown to induce apoptosis in drug-resistant human melanoma, pancreatic, and aggressive colon cancer cells, without harming their non-cancerous counterparts.

An in vitro study published in 2004 demonstrated that dandelion extract induces apoptosis and shows cytotoxic activity in human hepatoma and intestinal carcinoma cells.

Japanese investigators have tested 11 triterpenoids isolated from the roots of T. Japonicum for inhibitory efficacy against induction of Epstein-Barr virus early antigen (EBV-EA) by TPA, a tumor promoter. They found that two of the triterpenoids, taraxasterol and taraxerol, exhibited significant inhibitory effects, and so those two triterpenoids were selected for in vivo study on mouse skin tumor and mammary carcinogenesis. The researchers found that taraxasterol inhibited papilloma development by approximately 60% on the skin of mice induced by DMBA with TPA as a promoter. The breast cancer study found that taraxasterol also inhibited mammary carcinogenesis in female C3H/OuJ mice.

A study in China has shown the antiinflammatory potential of dandelion in vitro, and in vivo in a Staphylococcus aureus-induced mouse mastitis model and an extract of dandelion leaves was shown to significantly suppress production of NO, PGE(2), and two pro-inflammatory cytokines (TNF-alpha and IL-1beta) as well as iNOS and COX-2 and activation of MAP kinases in a dose-dependent manner.

WHERE TO FIND DANDELIONS

…So many wildflowers startling me through the woods, and a lawn sprinkled with dandelions, like a night with stars – Anne Morrow Lindbergh

In addition to your backyard (or some other area you are certain has not been chemically treated), dandelions can be found in the produce sections of well-stocked markets and at your local farmer’s market, when in season. If you choose to forage rather than shop, below are some tips adapted from Wild*crafty to help ensure that the golden treasures you gather are indeed dandelions and not one of their many imposters:

The high levels of antioxidants contained in these sunny little dynamos, and the host of other beneficial properties attributed to them, make dandelions a great addition to our diet. The greens can be cooked up like collard greens or kale (although some nutritional benefit may be lost to the heat), or tossed raw in a salad, the flowers themselves can be brewed in tea, fried up as fritters, or distilled into wine.

Here is a recipe for a great creamy cauliflower and dandelion soup adapted from Daily Bites: