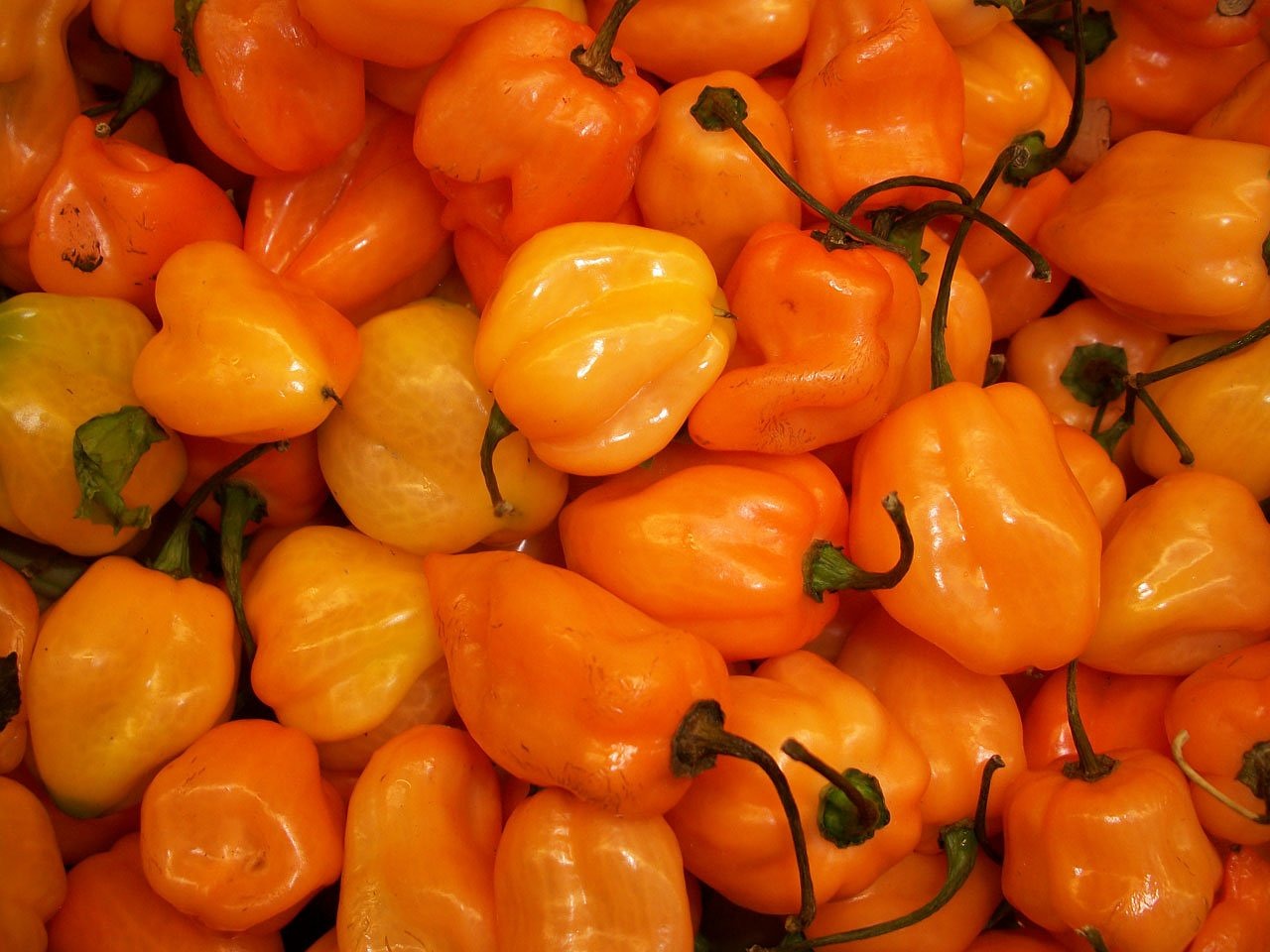 Many of us here at CCSA love a meal that packs an extra punch. As a follow on to our Jalapeño Pineapple Chutney, we want to share another delicious and spicy recipe where you can take advantage of the cancer-preventive power of peppers!

Peppers have been used for centuries in food preservation because of their antimicrobial properties. We have also used compounds found in peppers in a medicinal capacity. Some studies have shown capsaicin, one of the most talked about compounds found in peppers, to have benefits in promoting metabolic and vascular health. The one caveat is that some peppers burn our mouths (and eyes if you rub them without washing your hands after handling peppers!) because they bind to receptors on our nerve fibers that transmit pain and possibly heat. That sounds painful, but a majority of the world loves to feel the heat when eating certain dishes. At first look, we find many studies that support capsaicin’s role as a cancer preventive. Looking even closer, however, there are some studies that have found capsaicin to be cancer promoting. The intake amount and other factors appear to play a role. In this post, we discuss the current state of research for and against capsaicin as a cancer preventive.

Recent studies that take a look into the properties of spicy peppers (such as jalapeño, habanero, thai chile, and serrano) focus in on capsaicin as a key compound that may help our bodies fight against cancer and other diseases. Among a list of other great properties in peppers, nutrients such as vitamin C, vitamin A, and antioxidants like lycopene, capsaicin is said to inhibit cancer cell growth in cancers such as prostate, skin, lung, and more.

Evidence for Cancer Prevention of Capsaicin

In this encompassing review Spices for Prevention and Treatment of Cancers, the authors summarize how capsaicin affects the prevention and treatment of various cancers such as lung, breast, gastric, cholangiocarcinoma, prostate, and others.

Oral capsaicin in the form of a dietary supplement was shown to inhibit the proliferation of pancreatic cancer in mice in one study. The same study also found that the anti-inflammatory and pain relieving effects of capsaicin can help patients undergoing chemotherapy or radiotherapy. Another study found positive results with regards to capsaicin’s ability to trigger apoptosis in pancreatic cancer cells, but not in normal pancreatic cells.

There are mixed results with skin cancer and pain management that appear dose- and length of dose-dependent as shown in a mouse study. Chronic, long-term topical application of capsaicin increased skin carcinogenesis in mice treated with a tumor promoter. These results might imply that caution should be exercised when using capsaicin-containing topical applications in the presence of a tumor promoter, such as sunlight.

Lysosomal damage happens in benzo(a)pyrene-induced lung cancer. Benzo(a)pyrene can be found in tobacco and some foods, especially grilled meats. In a 2009 study, capsaicin was able to effectively prevent lysosomal damage, which, according to the study, “proves the chemoprotective effect of capsaicin against benzo(a)pyrene-induced experimental lung carcinogenesis.” There are also some studies that show cancer-promoting effects of capsaicin, such as this one that explains the combination of gingerol and capsaicin reverses the cancer-promoting effects of capsaicin in a urethane-induced lung carcinogenic model.

Some controversy still remains around the effects of capsaicin in humans as stated in The Two Faces of Capsaicin review: “The continuing controversy surrounding consumption or topical application of capsaicin clearly suggests that more well-controlled epidemiologic studies are needed to evaluate the safety and efficacy of capsaicin use.” While the majority of studies to date  indicate a cancer preventive effect with capsaicin, there are some studies that are not supportive. More studies are needed to determine how capsaicin actually interacts with cancer cells or aids in their prevention. The quality of the capsaicin seems to be important according to some sources. Instead of using pepper extract or other capsaicinoid molecules, this review suggests using capsaicin of the highest purity may be the most cancer preventive.

As with most foods, too much can counteract its preventive or healthful nature. When it comes to spicy peppers, though, please be especially careful because too much spice in a dish can cause adverse effects such a severe burning, and it may also cause or worsen acid reflux, which has been linked to increased risk of esophageal cancer.