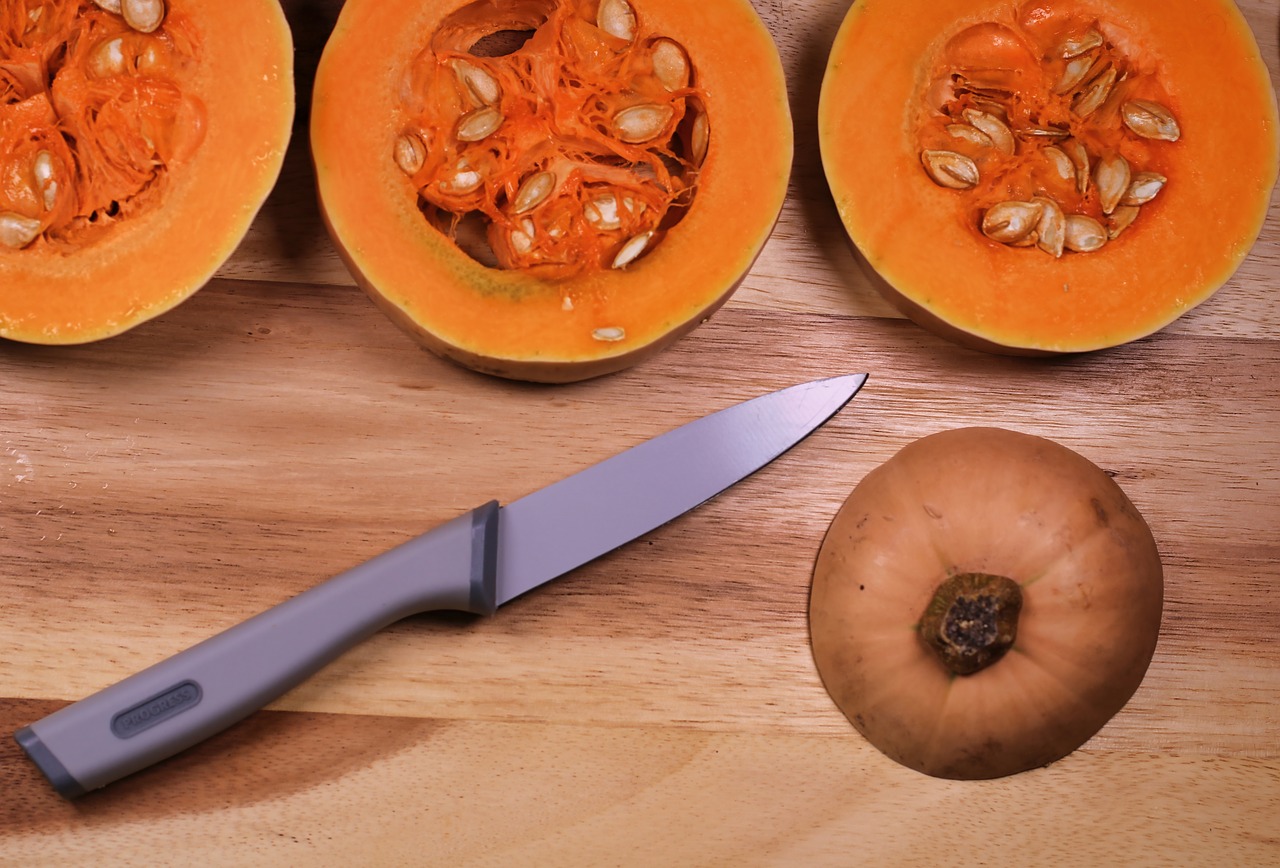 Happy holidays! It’s party season, which means decisions need to be made between healthy vs. unhealthy dishes whether you’re enjoying them or serving them. So, in the spirit of health and wellness, we want to provide you with a nutritious recipe that will keep diet and chemoprevention at the top of your mind this holiday season.

As usual all the ingredients in this recipe are healthy! Today, we are doing a deep dive on one ingredient, butternut squash. Butternut squash is known to be full of potassium, vitamin A, fiber, and other essential vitamins and minerals. Winter squash has a high amount of vitamin A (a couple of sources have cited 195% and 437% daily value in one cup of squash). Vitamin A is great for eye and immune system health. Butternut squash is also said to have more potassium than bananas in one cubic inch! Potassium helps keep your blood pressure regulated and protects your muscles, kidneys (from kidney stones), and bones (from osteoporosis).

According to The World’s Healthiest Foods website, winter squash is a great low-fat source of omega-3 (one cup of baked winter squash equals approximately 340 milligrams of omega-3 fats). Squash has about 1/3 of the amount of omega-3 as other omega-3-rich food, such as walnuts, but it contains less calories from fat than walnuts and thus may be a better choice for your diet.

Evidence for cancer prevention by Cucurbitacin

Research conducted in animal models has shown that Cucurbitacins (Cu), biochemical compounds that some plants produce as a defense against herbivores, have an anti-inflammatory affect in the body. Cucurbitacins can be found in squash, cucumbers, and melons. For further reading on Cucurbitacins, there is an updated review of their biological and pharmacological activities. The review includes a table that summarizes the effect different variations of Cucurbitacins have on various cancer types. Below, we talk about some of the studies for multiple myeloma, gastric carcinoma, and breast, liver, lung and skin cancer.

There have not been any clinical trials with Cu for cancer prevention. The only clinical trial so far used Cu to treat pediatric exudative otitis media.

In 2015 it was reported that Cucurbitacin B (CuB) treatment significantly inhibited the tumor incidence and multiplicity in a mouse lung model that was associated with the induction of apoptosis and inhibition of hyperproliferation in the lung tissues.

In 2008, a study was conducted in nude mice to determine the effect of CuB on the growth of human liver cancer cells. These researchers determined that CuB was able to initiate cancer cell apoptosis as well as inhibit the growth of tumors in these mice.

A 2003 study used Cucurbitacin I (CuI) to suppress the levels of phosphotyrosine signal transducer and activator of transcription 3 (STAT3) in human cancer cells as well as in nude mice. The researchers reported that CuI “inhibited tumor growth and significantly increased survival of immunologically competent mice bearing murine melanoma.”

A study performed in breast cancer cells showed that CuB “drastically decreased cell viability” and induced anticancer DNA damage and autophagy, or intercellular degradation of dysfunctional components. The most recent (2016) breast cancer study involving CuB found that it has the ability to reverse multi-drug resistance by activating protein phosphatase 2A and, in turn, inhibit a human oncoprotein that is overexpressed in various tumors.

Other researchers have found that CuB interferes with cellular pathways in multiple myeloma cells. CuB has also shown to decrease in cell-viability in EGFR-mutant lung cancer cells as well as modulate sestrin-3 (causing G2-phase cell cycle arrest in cancer cells), which suggests that it could be developed as an agent for therapy of non-small cell lung cancer (NSCLC). Further lung cancer studies have shown that CuB inhibited the metastatic abilities of NSCLC.

Finally, we found a study that showed promise in gastric carcinoma. Researchers presented results indicating that CuB suppresses proliferation and promotes apoptosis in these cancer cells.

According to some sources, if you’re planning on storing your squash for a long period of time, try to pick out a squash at the market with the least blemishes because small bruises and marks will only get worse with time in storage. It’s best to store the squash in a cool (50 degrees), dark area. In a drawer or in a dark pantry is the perfect place for squash.

Baking butternut squash is relatively simple! Cut off both ends of the squash and then cut it in half lengthwise. Use a spoon to scrape out the seeds in the middle, and it’s oven ready. Cutting up the squash in bite size pieces and steaming is much faster and preserves its antioxidant activity better.

Some people are susceptible to contact dermatitis when cutting and handling butternut squash. Contact dermatitis causes peoples’ hands to become red, itchy, and/or the skin on the fingers to start peeling. It is not serious and will typically subside in about 24 hours; however, if symptoms persist or get worse, it is best to call your doctor. The science of why certain types of squash (including butternut, Kentucky field pumpkin, and calabaza pumpkin) causes such a reaction is unclear, but the best way to avoid any issues is to wear plastic gloves when handling squash.