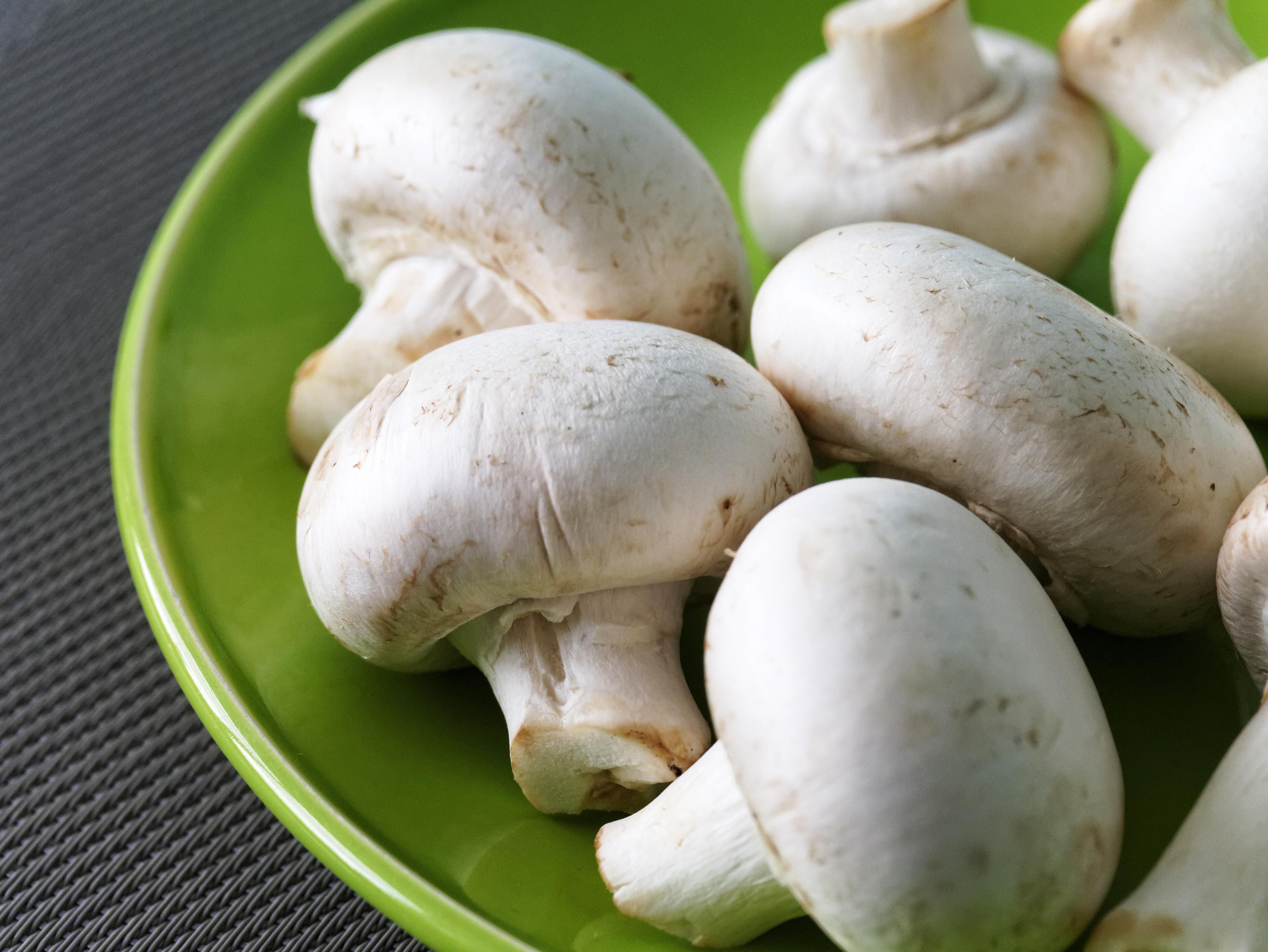 Thanksgiving is next week, and you know what that means… It’s stuffing time! I hope we can all agree that stuffing is one of the most beloved Thanksgiving dishes on the table. So, in our excitement, we wanted to provide you with a delicious and healthy stuffing recipe posted by Epicurious. Per usual, we will break down the chemopreventive properties of the featured recipe ingredient: mushrooms! In the studies below, we mainly outline the chemopreventive effects of white button mushrooms. This recipe, however, calls for cremini mushrooms, which are the same species as white button mushrooms, only they are aged (fun fact: portobello mushrooms are also the same species, but are aged the longest.). If you want to substitute cremini for white button mushrooms, we’re sure the stuffing will be just as tasty!

Mushrooms contain vitamin D (which is enhanced when exposed to sunlight), selenium, potassium (8%), riboflavin, niacin, vitamin B, calcium, and iron.

In Ancient Egypt, mushrooms symbolized a long life. Although their science wasn’t up to the standards of scientific claims today, they were not far off with their hypothesis, as modern day scientists are finding that mushrooms provide medicinal (especially chemopreventive) effects in some illnesses.

This quick video outlines the breast cancer preventive effects of consuming just five white button mushrooms per day. The button mushrooms act as aromatase inhibitors, suppressing estrogen production, and thus suppressing the accelerated growth and proliferation of breast cancer cells:
The University of Western Australia conducted a study with 2000 Chinese women, analyzed their eating habits (factoring out other lifestyle and environmental factors that may contribute to cancer risk), and found that women who consumed a higher amount of mushrooms per day (about one third of an ounce), had a decreased risk of getting breast cancer. An additional decreased risk of breast cancer from consumption of both mushrooms and green tea was observed. According to the report, “the most common mushroom species reported by study participants was the white button mushroom (Agaricus bisporus) for fresh mushrooms and the fragrant mushroom (Lentinula edodes) for dried mushrooms.” The theory behind the mushroom’s effects on breast cancer is, as stated in the video above, that they are able to regulate hormone-related cancer by blocking the aromatase receptor. This mechanism is able to stop the proliferation of cancer cells that are caused by an over-production of estrogen in the body. Furthermore, mushrooms are found to also prevent certain non-hormone-dependent cancers with the same mechanism as well.

Kitchn blog says that mushrooms are best stored in the containers that they come in or in a paper bag in a dark place. Mushrooms also generally do well in the fridge in their original wrap or in a Ziplock bag with all of the air pushed out. Cloth bags are also a great way to store mushrooms.

While you can freeze raw mushrooms, cooking them first before freezing is recommended for better texture.

Because raw mushrooms have tough cell walls they are largely indigestible and, like most vegetables, the nutrients are released when heated. The protein, vitamin, and mineral content of mushrooms are generally reduced by cooking with some exceptions like vitamin C. Microwaving and grilling have been found to be the best cooking methods to maintain the nutritional profile and antioxidant activity of mushrooms.

Various studies, summarized here, have been done to assess whether mushrooms such as the common button mushroom (and other Agaricus species such as portabellos and crimini) have levels of agaritines (carcinogenic hydrazine derivatives) that pose a risk to human health. Generally, feeding studies using mushrooms or their extracts have not provided evidence of toxicological effects of agaritine or mushroom consumption. This is in contrast to animal studies which have administered non-physiologically relevant concentrations of synthesized agaritines. Consuming cooked button mushrooms and mushrooms from the Agaricus genus is generally recommended to take advantage of their many health benefits and to increase the availability of their nutrients. Cooking the mushrooms reduces the levels of these toxins. It should be noted that the level of agaritines also decreases during storage.