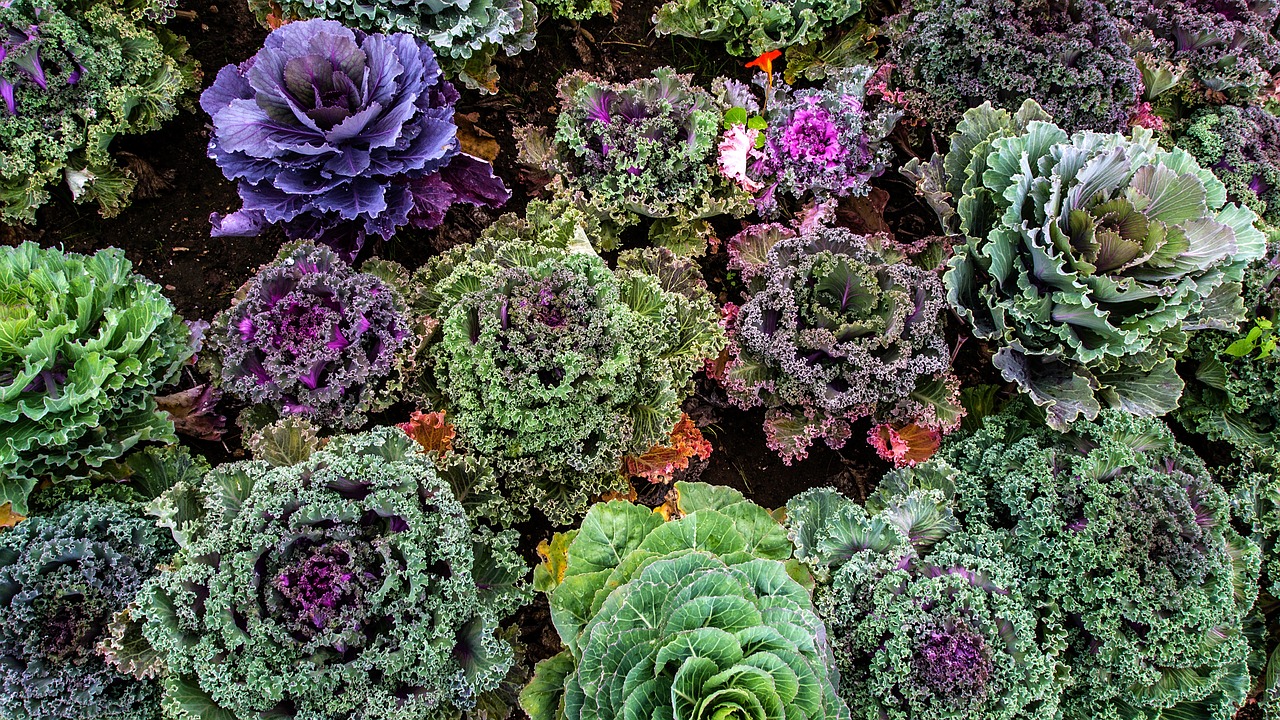 At CCSA, we love to snack! Most days we can find goodies on our break room table, brought from the homes of culinarily-inclined CCSA employees. So, to celebrate our love for snacking, we decided to cook up a healthy snack to share with you.

Kale has become very popular amongst health foodies, and huge bags of the dark leafy green can be found at Costco (and likely other bulk food stores). This kale chip recipe requires a lot of kale, but we assure you that the end result will be worth it! Kale gets deliciously crispy in the oven (or in a dehydrator) and it packs a vitamin-rich punch.

Kale is typically in season from the middle of winter into the spring. Here are a variety of types of kale you might find in the store:

Curly kale: ruffled leaves, a fibrous stalk, and deep green color. It has a pungent flavor and has been known to taste a bit peppery.

Dinosaur kale: also known as Lacinato or Tuscan kale, it has dark blue-green leaves that have a bumpy texture. It’s sweeter than curly kale.

Ornamental kale: green, white, or purple leaves. This kind has a mellow flavor and is quite tender.

According to some sources, kale is even more nutrient rich than spinach and has more nutritional value for fewer calories than almost any other food. Kale is full of antioxidant and anti-inflammatory nutrients, micronutrients (which are needed in U.S. adults based on current statistics), and glucosinolates, which are cancer-preventive nutrients.

Kale contains alpha-lipoic acid, an antioxidant that has been shown to lower glucose levels, increase insulin sensitivity, and prevent oxidative stress-induced changes in patients with diabetes. Kale is full of the following vital vitamins and nutrients:

Like most of its fellow cruciferous vegetables, kale has been studied more extensively in relationship to cancer than any other health condition. This research focus makes perfect sense. Kale’s nutrient richness stands out in three particular areas: (1) antioxidant nutrients, (2) anti-inflammatory nutrients, and (3) anti-cancer nutrients in the form of glucosinolates.

Two types of antioxidants have been noted in Kale’s potent cancer-preventative effects: carotenoids and flavonoids. Lutein and beta-carotene are two carotenoids that are abundantly present in kale. Scientists have tracked the way kale has the amazing ability to raise levels of these nutrients in the blood stream. These carotenoids not only lower the risk of cataracts, atherosclerosis, and chronic obstructive pulmonary disease, but they also protect the body against oxidative stress, which has been known to possibly lead to many neurodegenerative and heart conditions as well as raise the risk of cancer.  Additionally, there is a lot of interest  in the flavonoids kaempferol and quercitin in kale, but research has shown that there are at least 45 flavonoids within kale that contribute to kale’s cancer-preventive benefits.

While the research on kale’s omega-3 content and its ability to stop inflammation is limited, we do know that it only takes 100 calories of kale to give our bodies over 350 milligrams of omega-3 fatty acid. We also know that kale is a tremendous source of vitamin K, which is key in helping our body’s inflammatory process. Together, we expect these two factors, high omega-3 content and vitamin K, to have great anti-inflammatory effects in our bodies.

For many years, scientists have been looking to cruciferous vegetables (such as kale, cabbage, Brussels sprouts, and broccoli) as a key to preventing many diseases including cancer. Sulforaphane and indole-3-carbinol are two chemical components of cruciferous vegetables that have been shown to regulate microRNA and inhibit histone deacetylase and DNA methyltransferase, which, if mis-regulated and over expressed, are responsible for the uncontrolled cellular proliferation and growth of various types of cancer cells. The inclusion of cruciferous vegetables in the modern diet has become an important recommendation in chemoprevention and the benefits are being studied further.

Kale is high in sulforaphane, which is derived from the principal glucosinolate of broccoli and broccoli sprouts, and has been extensively studied. Once kale is digested gluosinolates are converted into cancer-preventive superheroes within the body. Sulforaphane that is associated with many cruciferous vegetables, has been shown to lower incidence of prostate cancer (even aggressive forms of the disease). In a recent study, researchers demonstrated that sulforaphane inhibited androgen receptor signaling in prostate cancer cells of 20 patients who had recurrent prostate cancer. For more background on why androgen receptor blockade is important in prostate cancer see this article.

The best kale has deeply colored leaves free from brown or yellow colors. Also, be on the lookout for hardy, moist stems. Kale with smaller leaves will be tender and have a milder flavor.

The easiest way to store kale (and how most of the world does it), is by putting it in a plastic bag in the refrigerator. The less air in the bag, the better. If you store it in a warm temperature it will likely wilt very quickly. Remember to not wash the kale until you’re ready to use it. Otherwise, it will wilt in the fridge.

You can also freeze kale to use it later. To freeze:

• Wash kale thoroughly and cut off woody stems;
• Blanch (plunge into boiling water) for two minutes and chill quickly in ice cold water;
• Drain off excess moisture, package in airtight containers or freezer bags, and put the bag in the freezer.

Both forms have been accepted as having a place in our diet. Scientists have noted that the sooner you consume cruciferous vegetable after picking, the better. The important enzymes that help absorb kale’s phytonutrients like glucosinolates are more likely to be active within 48 hours of the vegetable being picked.

After cooking cruciferous vegetables, there is less enzyme activity and thus the nutrients will have a harder time being absorbed in the upper digestive tract. Fret not; there is reason to believe that cooked vegetables may be responsible for the cancer prevention of colon-related cancer because the nutrients are broken down by bacteria much further down in the digestive tract (e.g., the colon). Some sources say that the best way to increase enzyme breakdown is to let the chopped cruciferous vegetable sit for a few minutes before cooking. This will allow myrosinase enzymes to go to work before they are deactivated by the heat.

In a 2012 study, green and red curly kale were evaluated for important phytochemicals before and after blanching, freeze storage, and boil-in-bag heat cooking. This type of cooking resulted in a significant decrease of total phenolics, antioxidant capacity, and content as well as distribution of flavonols, anthocyanins, hydroxycinnamic acids, glucosinolates, and vitamin C. On the other hand, extracts from raw kale had a significantly stronger antiproliferative effect (the ability to inhibit cell growth) than extracts from cooked kale.

Be sure to cook kale properly by steaming it for 5 minutes to enjoy maximum nutrition and flavor. To ensure quick and even cooking cut the leaves into 1/2″ slices and the stems into 1/4″ lengths. Let them sit for at least 5 minutes to enhance their health-promoting qualities before steaming. Sprinkling with lemon juice before letting them sit can further enhance the concentration of phytonutrients in kale. Fill the bottom of a steamer pot with 2 inches of water. While waiting for the water to come to a rapid boil chop greens and then steam for 5 minutes.

In case you were wondering, steaming is far better than microwaving if you want to keep the enzymes active longer. Researchers found that 7 minutes of steaming resulted in the same destruction as only 2 minutes of microwaving.

There is some concern in the press about kale and other cruciferous vegetables being associated with goiters and hypothyroidism due to the presence of thiocyanate, which at high concentrations can interfere with adequate iodine nutrition. For most people, this is not expected to be a problem when kale is consumed in typical amounts.

Leafy greens are best when organic if you are on a diet that is trying to avoid any pesticide-associated health risks. There are some reports (such as the Environmental Working Group’s Shopper’s Guide to Pesticides in Produce) that say conventionally grown leafy vegetables are often contaminated with organophosphate insecticides, which can be highly toxic to the nervous system. If you’re not interested in buying organic, we highly recommend that you wash kale thoroughly or even let it soak for several minutes before use.